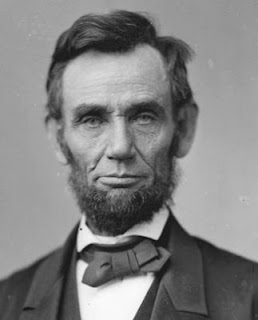 Happy December!  Where does the time go?  We have a great show planned for tomorrow.

December 1 was World AIDS Day.  Although AIDS isn't on our minds as much as it was in the past, but the disease still kills millions worldwide and infects 50,000 new people here in the United States every year.  Find out what's going on right now in the US, and find out how you, and your loved ones, can avoid and help prevent others from getting this disease.

After that, we will have Gastroenterology Update!  Find out the latest and greatest news in the world of digestive disease (I am very excited about some new treatments for hepatitis C coming out on the horizon) and have your questions answered by calling us at 1-877-NYU-DOCS!

Now, when "Abraham Lincoln, Vampire Hunter," came out, I thought it would be a great idea to tie in the great president with blood bank drives or some such thing: I was told that it might not be the greatest idea.  But now that Daniel Day Lewis is in "Lincoln," my producer Melanie has decided that its OK to have a Doctor Radio-Presidential Tie In.  Join me and Dr. Robert Lahita as we talk about the hidden illnesses of US Presidents!

We will end the show, as usual, with Ask Doctor Ira, where we will take your calls on any medical question at all...anything that you forgot to ask your doctor, ask me!  Give me a call at 1-877-NYU-DOCS!