Monday, May 6th, 2013 on the Doctor Ira Breite Show on SiriusXM 81: Doctor Radio 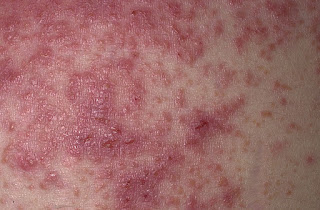 From a tweet comes a show (and maybe more.) So tweet me!  Last week, we received a tweet asking about rashes and Celiac disease.  I gave the short answer right on the air and tomorrow we get the full story.  Dr. Vesna Petronic-Rosic, and dermatologist and dermatologist at the University of Chicago will be joining us to talk about the wide variety of skin conditions that can occur in celiac disease.

Then onto more stomach problems.  Its time for Gastroenterology Update.  Call me with your digestive problems at 1-877-NYU-DOCS or give me a tweet!

We do a lot of historical stuff on this show...particularly on the Presidents of The United States.  It is a well known fact that John F. Kennedy suffered from a variety of ailments, including Addison's Disease. There is a lot on JFKs illness's documented on the "Doctor Zebra" webpage (he has been a guest of ours).  Today we will be talking with authors Richard Lertzman and William J. Birnes on their new book "Dr. Feelgood: The Shocking Story of the Doctor Who May Have Changed History by Treating and Drugging JFK, Marilyn, Elvis, and Other Prominent Figures."  Learn about Doctor Max Jacobson, whom he treated and what he treated them with.  Should be interesting!

We will end the show, as always, with Ask Doctor Ira, where you can ask me any question on any medical topic at all and I will be happy to answer it.  Give us a call at 1-877-NYU-DOCS with anything you forgot to ask your doctor.