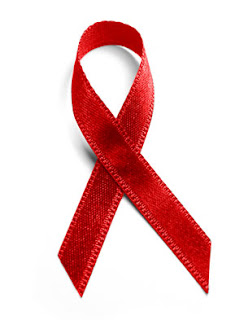 December 1 is World AIDS Day. Although we don't hear as much about AIDS as we used too, the disease is still around and is a huge problem here in the United States as well as abroad. Treatments have improved considerably, but the disease still has no cure. Prevention has also improved here in the United States but not to the extent that we would like. We are devoting our first hour to discussing what's going on in HIV and AIDS prevention, detection and treatment.

In our first segment, I will be joined by Larry Siebert, the CEO of Chembio Diagnostics, a company dedicated to make tests for early detection. We will also be joined by Thomas Denny, the Chief Operating Officer of the Duke Human Vaccine Institute Center for HIV/AIDS Vaccine Immunology at Duke University. Until a vaccine is developed, early detection is extremely important. Learn about advancements in both technologies from our two guests.

If you have any questions about a vaccine for HIV, or want to know about getting tested as soon as possible (for whatever reason), give us a call at 1-877-NYU-DOCS!

When I was in training at NYU, many of the senior physicians would talk about the early days of the AIDS crisis. For the first few years, they had no idea what they were dealing with. When was the first HIV patient seen in the United States? The answer will surprise you. Join me and Dr. Memory Elvin-Lewis, a Professor of Microbiology and Ethnobotany at the Washington University in St. Louis, who was directly involved with examining what is believed to be the first HIV patient in the United States.

While early patients with HIV did poorly, the outlook has been improving (although still no cure). Regan Hofmann, the Editor in Chief of Poz Magazine, will be joining us to tell us about living with HIV right now.

If you or a loved one has HIV, and you want some helps or tips for living with HIV, give us a call at 1-877-NYU-DOCS.

In our second hour, we are changing gears. An expanded Ask Doctor Ira, with a concentration on the skin. As the weather gets colder, people get all kinds of rashes. But did you know that many Gastrointestinal diseases, such as Celiac or Ulcerative Colitis, can do the same thing. Find Out! And call me with any questions you may have on a variety of gastrointestinal or GI topics.

i already gave up on ever getting cured of HSV2 because i have try many treatment none of them work out for me i have go to different hospital they always tell me same thing there is no cure for herpes when i came across a post about Dr ohunyom, in the net from a lady called Angela i contacted him and he reassured me with him herbal medicine which i took according to the way he instructed, that how i was cured. I doubted at first because i have been to a whole lot of reputable doctors, tried a lot of medicines but none was able to cure me. so i decided to listen to him and he commenced treatment, and under two weeks i was totally fee from #Herpes. i want to say a very big thank you to DR ohunyom for what he has done in my life. feel free to leave him a message on email drohunyom@gmail.com and also WhatsApp him +2349060579973..
He can still be able to help you with this herbs medicine:
1...ALS CURE/DIABETES CURE/EPILESY/HPV CURE/LUPUS/HEPATITIS/CANCER/GOUT