Should I worry if My Man is Snoring? Part 1 of a Women's Guide to Men's Health. 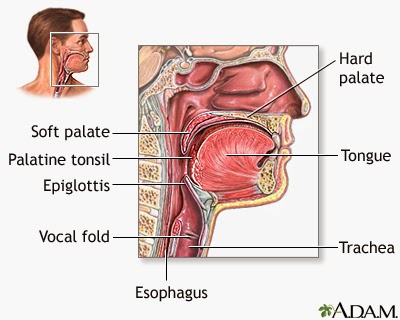 I have been talking about health in men for most of my career.  And although many men take care of themselves by eating reasonably well, not smoking and exercising, they are less than perfect at seeing doctors and following up on symptoms they may be having.  With that in mind, I am introducing a new section to the Ira Breite Blog: A Women's Guide to Men's Health (a.k.a. making the fight worthwhile). My experience has been that men, dragged to the doctor, get overwhelmed by the questions that their significant others have and the plethora of advice given to them by their physicians.  As a man, I am often overwhelmed as well!
In "a Women's Guide to Men's Health",  I am going to attempt to go through a series of common symptoms and general health concerns to help women make an informed decision as to whether its worth having an prolonged discussion (which your spouse will interpret as an argument no matter what you think is happening) about something or whether its better to pick a more important battle later.

The inner lawyer living in my ear says this is general advice and should not be interpreted as an actual medical opinion.  Thank you, inner ear lawyer.

And the inaugural topic is....snoring.  Annoying, yes.  But dangerous?  Potentially.

What is it: snoring is the sound the soft tissues of the airway make when you sleep.  Almost 50% of men snore regularly and almost everybody does it occasionally.  As long as air is moving in and out of the lungs, snoring is more annoying than dangerous.  But if there is too much resistance in the upper airways to the movement of air, serious problems can ensue.

What causes it: Common causes of snoring include obesity, congestion, and large tonsils. Smoking and alcohol both increase the risk for snoring.  People who sleep on their sides tend to snore less.   Of course, sometimes snoring happens for no clear reason at all. .  In my practice, weight gain is the most common cause of increased snoring in men.  Allergies and sinus congestion are second.

When is it dangerous:  When airway resistance increases, the amount of air reaching the lungs decreases.  If it gets bad enough, men will wake up briefly to breath.  This is the basis of Obstructive Sleep Apnea.  Despite the association between snoring and sleep apnea, there is no evidence that simply snoring means that a man is at greater risk in the future.  Sleep apnea can lead to a variety of health problems including atherosclerosis, hypertension, and heart disease.

When should I be concerned?   Although being a loud snorer is annoying to you, your partner might be fine.  I will have a bit more on treating benign snoring in a future post.  In general, if it looks like he is not breathing at times (waking up choking, gasping and restless sleeping are also to be watched for), its probably worth dragging him to the doctor.  Daytime clues include weight gain and fatigue.

What will be done when he finally goes to the doctor?  If there are none of the danger symptoms listed above, I often try to treat sinus and allergy issues first.  This sometimes helps.  If there is concern about sleep apnea its best to go for a sleep study and possibly see an ENT doctor.

What are the possible treatments: True sleep apnea (not just snoring) is treated with either a CPAP mask (that Darth Vader like mask that pushes air into your loved ones lungs) or, occasionally, surgery to fix the soft palate in some way.  I am a big fan of using the mask as a reason to lose weight, which often helps as well.  More on sleep apnea is available on the NIH Medline Plus website.

Regular snoring is often helped most by simple weight loss, being careful with booze, and not smoking. Men with allergies should be treated.  My opinion is that a CPAP mask for simple snoring is replacing one noisy annoyance for another.
Posted by Unknown at 1:03 PM